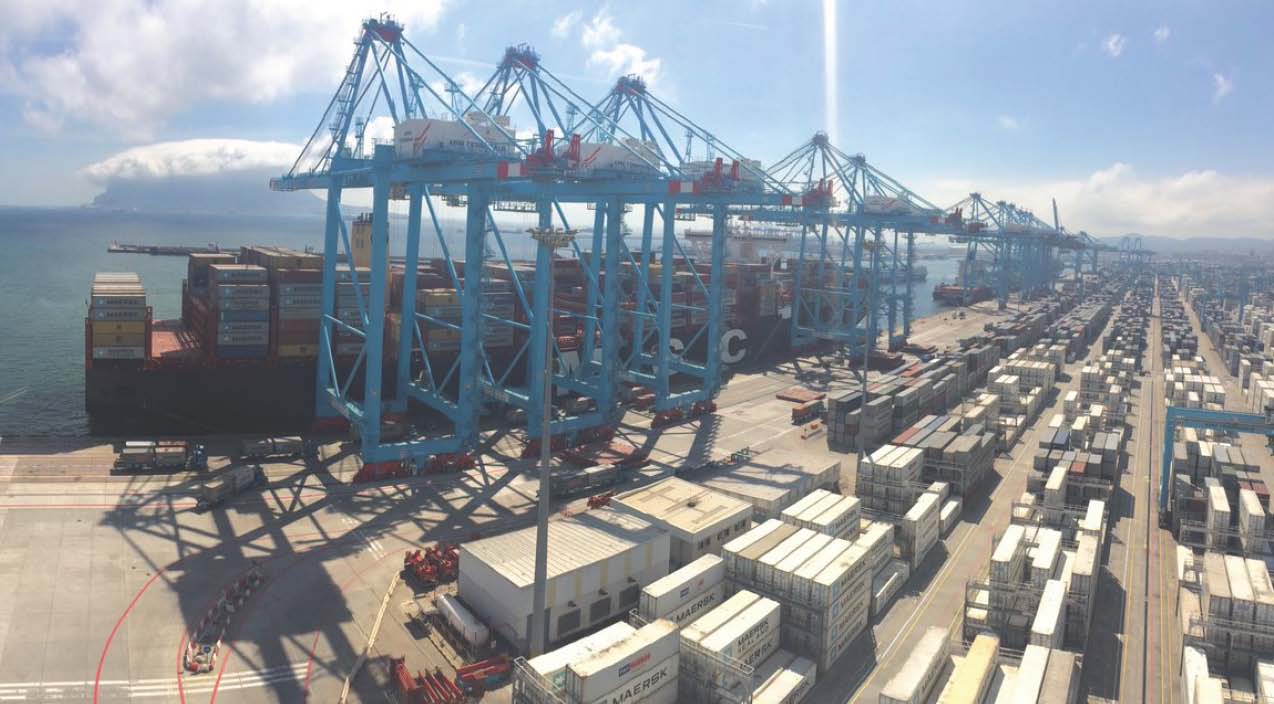 The Port of Algeciras has closed 2017 with throughput figures of over 100 million tonnes.  Business activity was consolidated by evidence such as MARCOTRAN's multi-modal, mobile box service (HGV-ferry-Train) working the Tanger Med-Algeciras line and bound for Madrid.  Mr. Manuel Moron - Chairman of the Port of Algeciras - stated, "The Port of Algeciras is a sure bet", and thanked the workers, companies and institutions for their efforts in achieving the 100-million tonne landmark for the second time running.

The definitive figures (among others) reached were as follows:

The forecast for 2018 points us towards 109 million tonnes of throughput and 5 million TEUs.