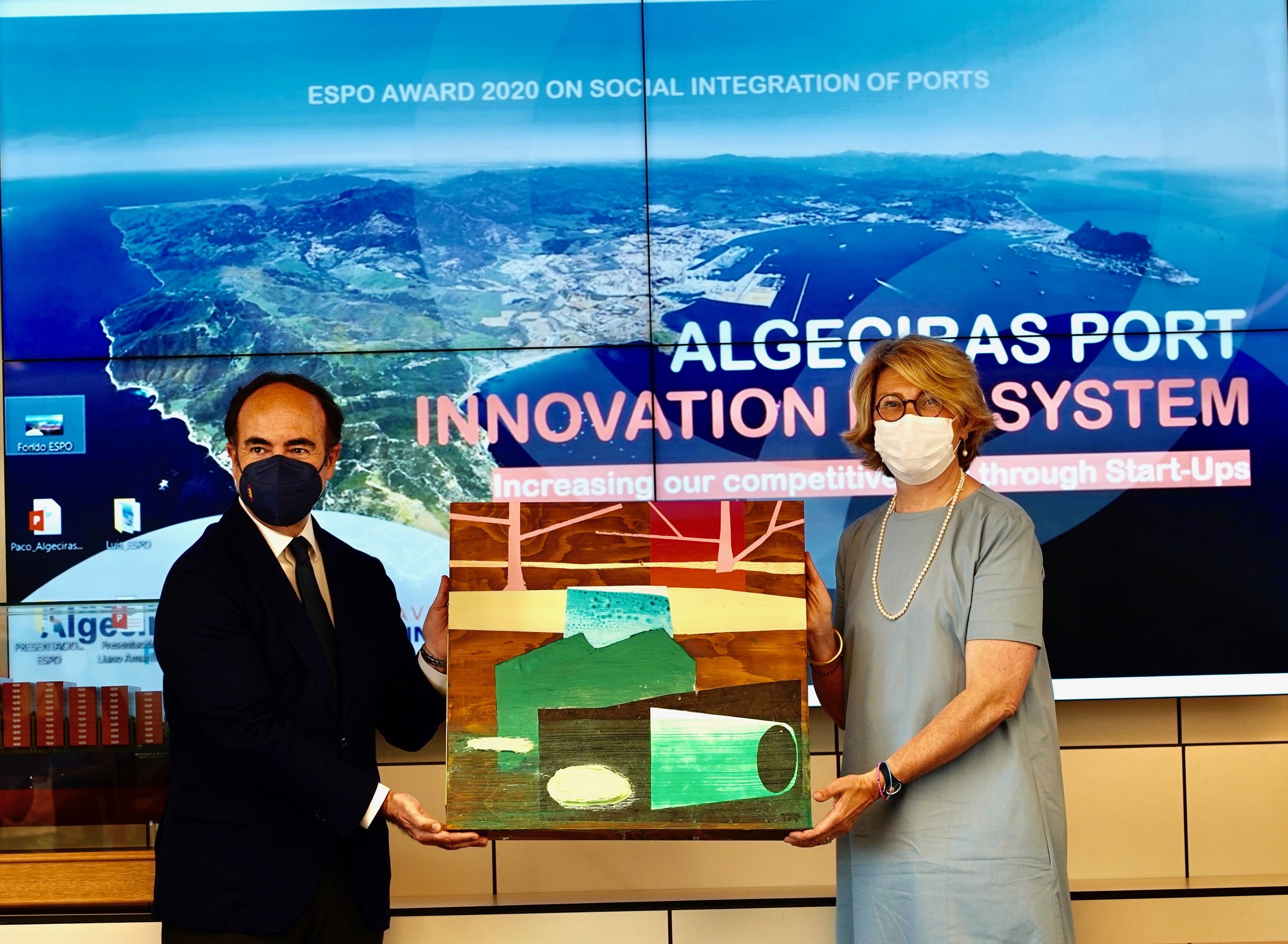 The Port of Algeciras has received the visit of the Secretary General of the European Sea Ports Organisation (ESPO), Isabelle Ryckbost, who has delivered the Chairman of APBA, Gerardo Landaluce, the painting done by the Dutch artist Sasja Hagens (+ info) awarded to the winner of the 12th edition of ESPO Award 2020. The award ceremony was held online last November due to the restrictions caused by the pandemic. “Algeciras is an example for other European ports”, affirmed Ryckbost, who said the prize recognises years of work of the whole port community. The award, announced by the Commissionaire responsible for Transport, Adina Valean, recognised the work done by Algeciras Port Authority encouraging the integration of innovative companies and local entrepreneurs within the port environment.

Ryckbost, who considers the Port of Algeciras as “strategic for Europe”, has paid a visit to TTI Algeciras and APMT Algeciras container terminals. She had, as well, a work meeting with the Chairman and the Managing Director or APBA, Gerardo Landaluce and José Luis Hormaechea, respectively, as well as with presidents of port business associations, such as Comport, ATEIA and APEMAR, among others. During the meeting, the representatives of the port have expressed the existing concern within the port sector caused by the inclusion of maritime transport in the scope of the EU Directive on emissions (ETS, Emissions Trade System). The European Commission initiative, integrated in the so-called Green Deal, adopts a series of proposals to modify the EU policy in terms of climate, energy, transport and taxation with the aim of reducing greenhouse gas emissions by 55% in 2030. These measures will have a foreseeable negative impact in the transhipment in southern EU ports, being this type of traffic strategic to control the European logistics chain. As Landaluce said, “this is due to the fact that there will be an escape of ship calls towards other neighbour non-EU ports to diminish the payment of rights of emission”. Both, the representatives of the Port of Algeciras and the ESPO secretary general, have shown the clear commitment of the port sector with the Green Deal climate goals. Nevertheless, they hope that, during the process in the Parliament and the European Council, some formulas will be created in order to guaranty that transhipment remains in Europe and that the initiative will not reduce the competitiveness of the ports. 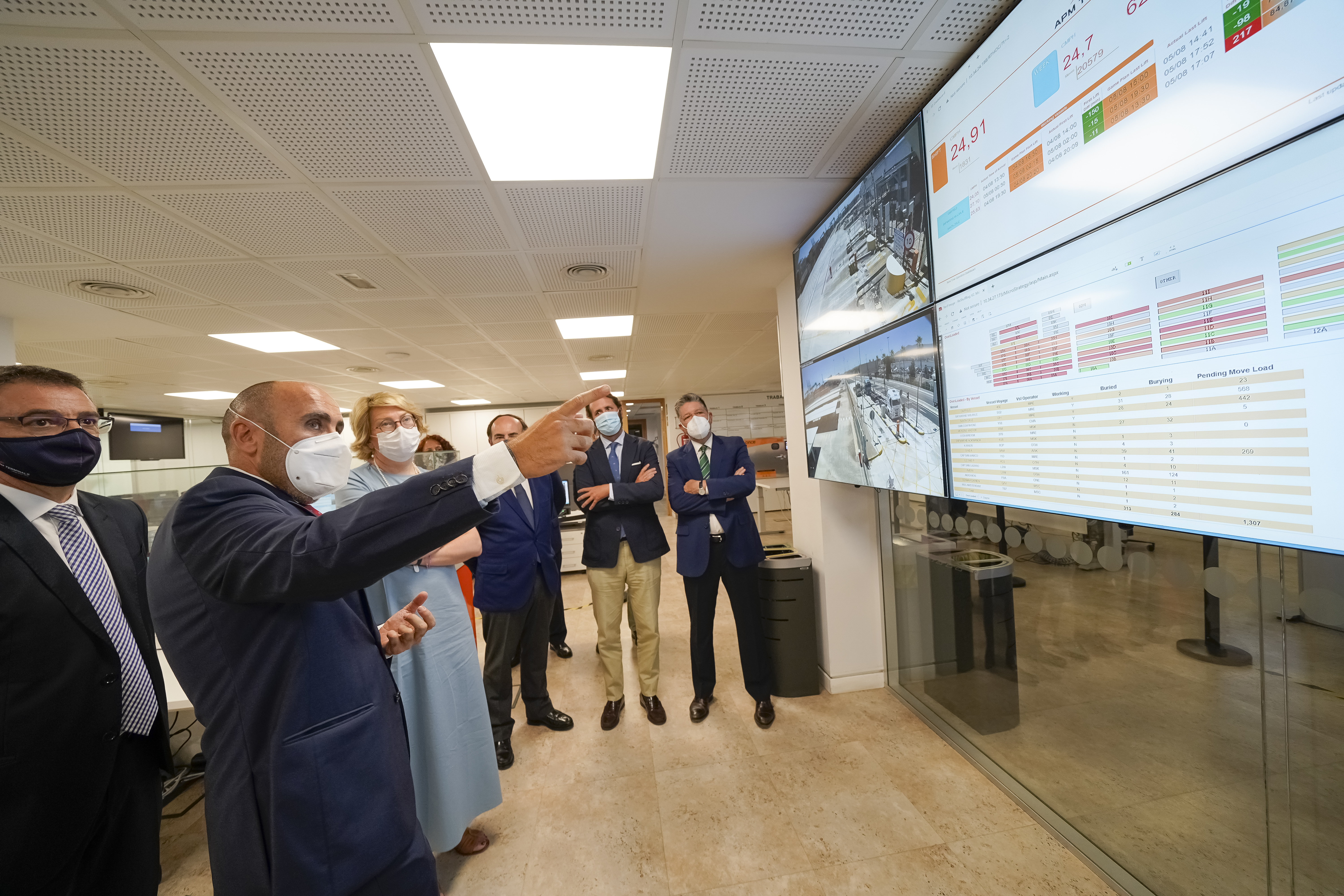