The Port of Algeciras welcomes the call of CMA-CGM "Antonie de Sant Exupéry", the largest containership to operate in Spain 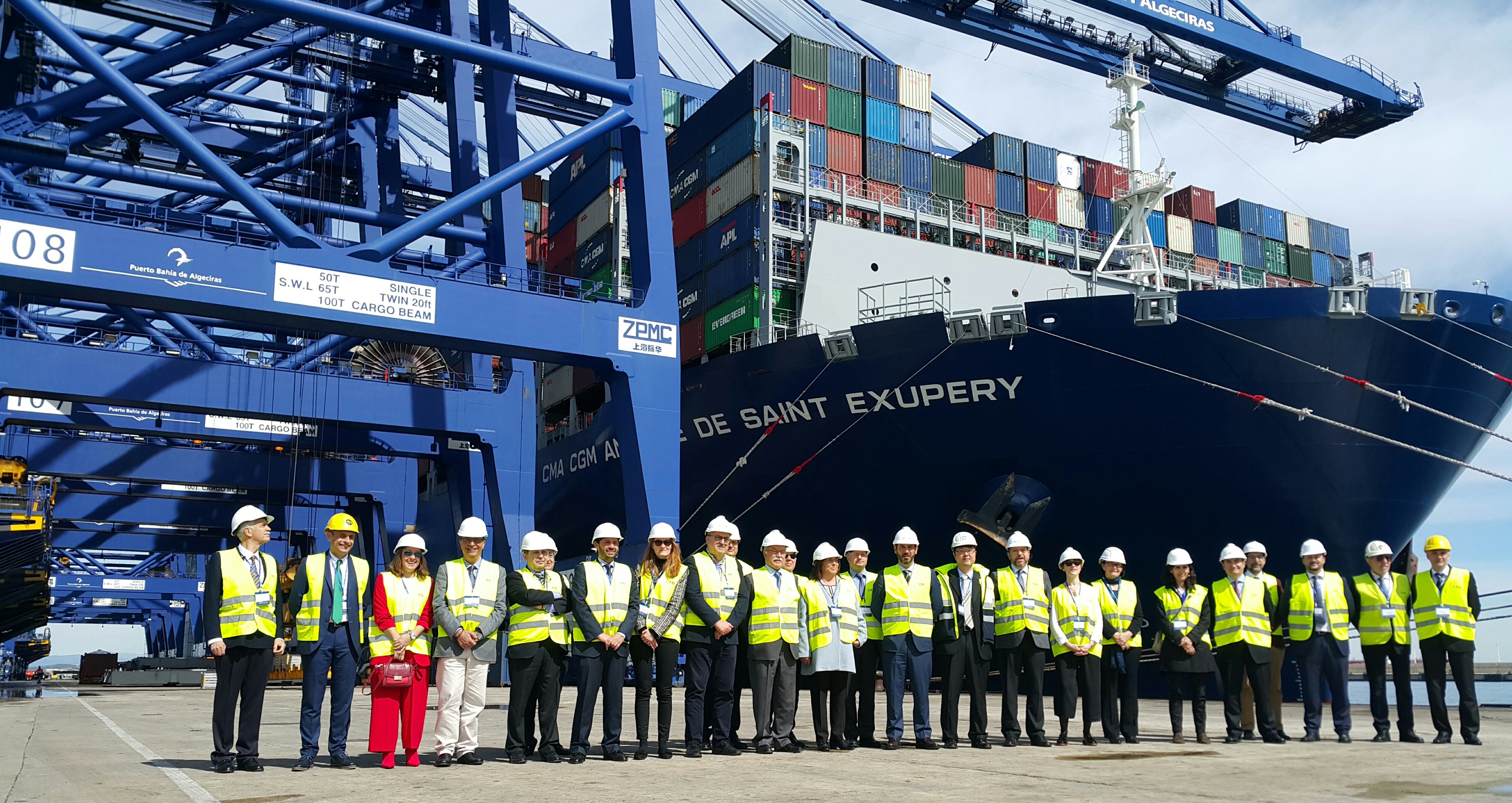 TTI-Algeciras's semi-automatic container terminal today received the call of CMA CGM "Antoine de Saint Exupéry", the largest megaship ever to berth in a Spanish port. Both the terminal and the Port Authority have presented commemorative plaques to Mr. Pierre Jaspard - Captain of the ship - who, together with Ms. Laurence Perrot - Chief Engineer - and the 32-person crew, were delighted to show visiting guests aboard some of the main characteristics of the French shipping line's leviathan.  The megaship is a containership that features cutting-edge technology to reduce her CO2 emissions.

At 400 metres long and 59 across her beam, the megaship can load up to 20,600 TEUs aboard. Ms. Carmen Guillen - CMA-CGM Iberia's General Manager - reminded everyone that, three years ago, CMA-GGM took the decision to commit very strongly to the Port of Algeciras, "... which has become a strategic port for our company, allowing us to connect several continents and offer new, direct services for local importers and exporters".  At present, the French shipping line provides 18 services that call into Algeciras. Mr. Donguk Lim - TTI-Algeciras's General Manager - pointed out that the Isla Verde Exterior semi-automatic terminal "...is starting to have a dominant role" in the tremendously competitive Strait of Gibraltar theatre.