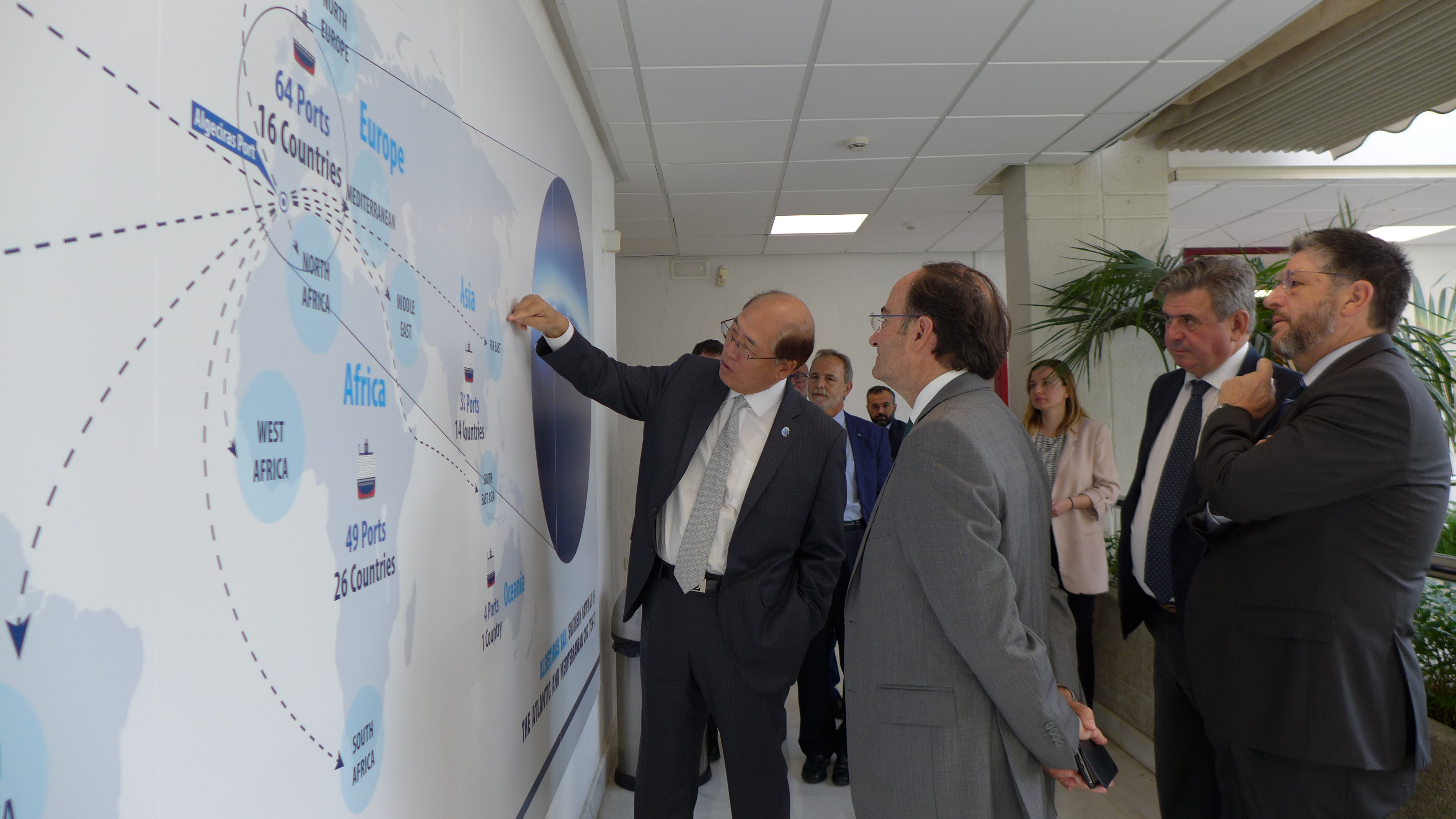 During the working meeting, the South Korean IMO Secretary General, Mr. Kitack Lim, has shown interest for the future plans of the Port of Algeciras, as well as for the operations of the container terminals, APMT and the semi-automated Total Terminal International Algeciras (TTIA), being the latter owned by Hyundai Merchant Marine.